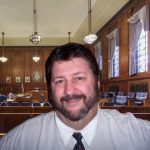 Courtroom FEA is an engineer expert witness newsletter discussing the use of Finite Element Analysis in the courtroom, and serves thousands of product liability and personal injury attorneys in 26 countries.

As a product liability professional, it is important that you know what Finite Element Analysis (FEA) can do for you. If you don’t, your adversary might. Whether you serve plaintiffs, defendants or both, you’re probably already familiar with FEA.

Simply put, if a loss, injury or death is due to something bending or breaking, FEA can help explain the failure.

An experienced FEA expert can determine the stresses and displacements in the failed part. When compared to industry standards, earlier designs and competitive designs, this often identifies the cause of failure, and hence the responsible party.

As in any field, your choice of an expert is important in making your case. It’s not unusual for an inexperienced FEA analyst to generate incorrect results; this is both a warning to the wise and a strategy for dealing with the other side’s expert.

FEA results lend themselves to color plots and animations, making conveying the key concepts to the jury much easier.

Many legal professionals are exposed to Finite Element Analysis (FEA) in the courtroom. Having a fundamental understanding of how the method works can help an attorney (i) recognize when FEA can strengthen a case, (ii) choose a capable expert and (iii) develop meaningful challenges to the opposition’s expert. As discussed in the last issue of Courtroom FEA, if a loss, injury or death is due to something bending or breaking, FEA can help identify the cause of failure and hence the responsible party. But how does it work?

But first, let’s back up and discuss what is being conquered. FEA is applied to many types of problems, such as temperatures in consumer electronics, airflow around aircraft, and magnetic fields in electric motors. By far the most common application is structural FEA — determining how a solid body responds to various forces.

The structural problem amounts to writing down some “governing equations” that describe the material and how it behaves, and then solving those equations for the physical part being analyzed subject to how it is held and loaded. This can be done on paper for some simple part shapes. The resulting “closed form solution” is another equation that provides the answer in terms of the basic variables, such as the part’s dimensions.

But reality intervenes, and most parts are too complicated to solve in closed form. FEA comes to the rescue by providing a “numerical solution” for each individual problem. This is a large gathering of numbers approximating the desired answers, such as displacements and stresses, across the part. But each solution is unique to a specific case; there is no simple answer in equation form.

Now then, how does FEA divide and conquer the problem to provide the numerical solution? The answer lies in the name, “Finite Element Analysis”.

“Analysis” is obvious: the part is being analyzed under certain conditions.

“Element” describes a small section of the part. In fact, the governing equations mentioned above can generally be derived by considering a small section, writing the equations for what’s happening in that section, and then mathematically allowing the size of the section to become infinitesimal, or infinitely small. In FEA, each section is called an “element”, and the elements are not made infinitely small.

An experienced analyst can prepare the finite element model such that it accurately predicts the part’s behavior, and can ensure that the solution algorithms do not interject significant errors. Results from the less-experienced are often suspect, and identifying them as so can be a tremendous advantage in the courtroom.

Many attorneys hire metallurgists to study failures across many industries. Similarly, finite element analysis is regularly applied to a vast array of products. As discussed in previous issues of Courtroom FEA, FEA applies when something bending or breaking is an issue.

Click the “View Collage” button to see some of the industries to which FEA is applied. The blue collage text lists some of the products the author has experience with.

Vol. 4
But my expert has hand calculations

In the span of 60 years, finite element analysis has gone from esoteric research topic to widely available, widely applied mature technology. In the 1980’s, FEA required extremely expensive mainframe computers, very expensive FEA codes and highly trained analysts, and was still implemented at many large corporations. In the 1990’s, Unix workstations provided distributed FEA processing and FEA packages went mainstream, lowering entry costs. A seat of hardware and software still cost many tens of thousands of dollars, and highly trained analysts were still required, and still FEA spread to thousands of companies. In the 2000’s, lower priced FEA packages run well on medium to high-end personal computers, and FEA usage continues to grow. Highly trained analysts are still needed to consistently obtain accurate results, a fact unfortunately ignored by too many in the industry.

Why does FEA usage continue to grow when all of these companies already have hand calculations? Because, when applied correctly, FEA works. It delivers accurate stress estimates for parts with geometry too complicated for hand calculations alone, which describes most of today’s parts. Accuracy means that localized stress concentrations can be removed. Accuracy means one less uncertainty, meaning that a lower factor of safety can be considered–resulting in lower weight, lower cost parts that are still stronger and have longer life cycles. Accuracy means that an expert witness can pinpoint areas of concern, and can often nail down the why’s and how’s of a part failure. As discussed in previous issues of Courtroom FEA, this will often point the finger at the responsible party, be it designer, manufacturer or end user. Accuracy can mean reduced lab testing by concentrating the investigation on the suspect areas. Accuracy means credibility.

But they aren’t good enough in a high stakes courtroom battle.

Do you have a case where a loss, injury or death was caused by something bending or breaking? Finite element analysis (FEA) can help explain why the product failed, which can often identify the responsible party.

Was the product design deficient? Was the subject part defectively manufactured? Or was the product abused by the end user? Being able to answer these questions with engineering certainty may be the difference between winning and losing your case.

The FEA results can be presented as color images and animations. As discussed in previous issues of Courtroom FEA, this makes the analysis conclusions more understandable for the jury. An accurate FEA can also be powerful leverage in reaching an advantageous settlement with your opposition.

Given the advantages of a carefully applied analysis, it is worth your time to consider how an experienced FEA expert can help you win your client’s case.

Unless you work in a very specific legal niche, you have no such thing as a typical case. That’s true of cases that can benefit from finite element analysis (FEA), too. No two cases are the same, but this “typical” case study demonstrates aspects these cases have in common.

“The tires on a consumer cart were misread and overinflated.”

As in most accidents, the failure was caused by a combination of factors. One factor in this case was the font and size of the pressure rating on the sidewall of the tire. The rating was misread leading to the tire being overinflated.

“One rim failed catastrophically causing injuries to the person using the cart.”

A failure analysis was necessary to explain what happened. A skilled metallurgist was retained to examine the failure sites. Roensch & Associates was retained to provide a finite element analysis to estimate the stresses and deflections in the rim at various inflation pressures. Those results were verified with hand calculations.

“Opinions expressed included that the split rim design did not provide an adequate factor of safety at the labeled working pressure, and that overinflating the tire would highly overstress the rim.”

Without a finite element analysis, these opinions would be difficult or impossible to develop.

As discussed in previous issues of Courtroom FEA, the bottom line is this: If you have a case where a loss, injury or death was caused by something bending or breaking, FEA can help explain why the product failed, which can often identify the responsible party.

There’s nothing typical about that.

Do you have a case where something failed and caused a loss, injury or death?

What types of cases am I referring to? Here are some sample cases for which I’ve provided expert analysis:

These and many other failures can be analyzed and the results presented clearly to the jury. Knowing why something failed is a tremendous courtroom advantage. As you can see by the list above, there is no such thing as a typical case.

If you’re wondering if your case can benefit from these services, please give me a call at 262-993-2228 and let’s chat about it, at no charge, of course. Or drop me an email.

In many legal cases, a loss, injury or death was caused by something bending or breaking.

The operator of a workover rig at an oil well failed to prepare the mast hydraulic cylinder, and while being lowered the heavy boom rotated freely for a substantial distance due to the lack of cylinder support. The resulting impact severely damaged the truck frame.

There was a legal battle over whether corrosion on the frame crossmember was the true cause of failure.

Detailed finite element models of an original “no corrosion” frame and of the corroded frame were prepared and analyzed subject to a normal lowering of the boom and to the impact that occurred. Comparison of the stress levels proved that the issue was wholly the impact; the corrosion was of no consequence.

While there is no such thing as a typical case, hopefully this case has demonstrated how expert analysis and finite element analysis (FEA) can shed light on why something failed. FEA applies across a wide spectrum of industries, and when simple hand calculations are not enough, an experienced analyst can help explain the failure.

Many attorneys are familiar with metallurgists. These experts examine a failure for signs of fracture, fatigue, corrosion and wear, and analyze metal for possible material defects. Metallurgy applies to many industries, but the focus is on the material rather than the design.

Stress analysts determine if a product can survive a given use, and determine if a failure is due to poor design, faulty manufacture, defective material, inadequate maintenance, or abuse by overload, repeated loading or misapplication. Stress analysis also applies to many industries. The focus is on the design, manufacture and use of the product, rather than just the materials.

The obvious question is, which expert do you need? For an unusual failure of one of a high-volume product, having a metallurgist analyze the fracture site makes sense. A failure mode that occurs more than once, or does not appear to be due to defective materials, is likely to involve design or manufacturing issues and should be reviewed by a stress analyst.

A good metallurgist knows when a good stress analyst should be brought in, and vice versa.